At one time Gerry Moss was the band leader for David Lynn Jones’ band.  This is a video by DLJ and Waylon Jennings performing one of DLJ's original tunes.  Gerry is playing guitar right behind DLJ. You get a look at Gerry at about 2:03 where he does a little slide from low to high. We kid Gerry about being so hard to see.

I was fortunate to have had the opportunity to perform with Gerry Moss and Jerry Bone for a couple years and I have two recordings from that time. One early on and one later. I grew a lot with that band learning how to play with great musicians. I came across this demo track we did in 1997 right before I was replaced in the band. I just loved how Moss delivered this song and especially the tasteful bass lines that Jerry Bone offered. I wish I knew then what I know now and could go back.

VIDEO - Gerry Moss & The Drive - Born Under A Bad Sign

Gerry Moss with the Red Barn Ramblers performing Heart Attack and Vine on March 2, 2012 at George's Majestic in Fayetteville, Arkansas. The Red Barn Ramblers is 15 to 16 piece band, big smooth blues rockin' group of All-Star musicians with great credits and credentials, from blues, country, rock 'n' roll, and jazz music. They get together once or twice per year to perform. This was a benefit performance for an old friend who suffers from cerebral palsy and Lou Gehrig’s disease.

The magic and energy of these stupendous veteran musicians is clear to see and to enjoy.

In March of 2012 The Red Barn Ramblers were at it again.  This group of friends get together and perform a couple times a year.  This time they have added a 3 person horn section.  Talk about filling it up, sound-wise!

The size and personal/group abilities get more amazing all the time.  The group is now up to 17 members.  Legends have been added to the band that is already top heavy.  Now included are Charlie Chalmers (GOOGLE THAT!) and Gary Gazaway (DITTO!). Obviously, they were inventing horn parts on the run.  The first time they chimed in was almost show stopping.  The jam was so great, all 17 members often had to stop and applaud themselves.

This video is of a rehearsal in preparation for their Performance at George's Majestic in Fayetteville, AR on March 2, 2012.

VIDEO - Gerry Moss & Vikki McGee Performing Love The One You're With

In July of 2011, Gerry Moss was the featured act at the Spring River Bike Rally in Hardy , Arkansas (photos can be viewed on his website).  Gerry performed with and was backed by Vikki McGee and her band.  This video is Gerry's opening tune.  Vikki McGee and her band start it out, with Gerry being introduced about 2:11 into the song.

VIDEO - Slide Show of Close Together

Vocal duet performed by Gerry Moss & CJ Nicolai with the Red Barn Ramblers. This is a jam session of friends in Neal's barn - thus the name, Red Barn Ramblers. There is some mixing, but no overdubbing or double tracking. It is straight-up, as it should be. It is blues with great musicianship. Each participant brings a ton of experience and knowledge to the jam. Sit back --- and enjoy.

This is a jam session of friends in Neal's barn - thus the name, Red Barn Ramblers. There is some mixing, but no overdubbing or double tracking. It is straight-up, as it should be. It is blues with great musicianship. Each participant brings a ton of experience and knowledge to the jam. Sit back --- and enjoy.

Composed by Jerry Win and Maurice Rodgers.  It was recorded by Sonny & Brownie (Sonny Terry & Brownie McGhee) in 1973.  Re-released in 1988 with digital remastering.  Levon Helm (lead singer and drummer with The Band) did a successful version in 2006.  Here, Gerry Moss plays lead with Denver band Reckless Red doing their version of this tune with CJ Nicolai singing lead, John Ware on drums, and Bob Higgins on bass.

The Red Barn Ramblers is a collection of friends who get together to jam and perform 1-3 times per year. This video was of a benefit performance for Neill Williamson on July 31, 2011 at Georges Majestic Lounge in Fayetteville, AR. They consist of a harmonica, a sax, two drummers, two keyboard players, and four guitar players. Remember, it's a jam, and it's for fun. And it's live! It's amazing how well they perform. Sit back and enjoy.

More of The Red Barn Ramblers benefit performance at Georges Majestic Lounge in Fayetteville, AR, July 31, 2011.  This is an amazing rendition of a classic Bono composition.

This is a video of Gerry Moss jamming with friends after he opened for the Leon Russell show in Cherokee Village, AR on May 1, 2010.  It was a great time.  His fans in Arkansas and Missouri were thrilled at his return to the area for the show.  Fully half of the audience was there to see Gerry.  GREAT! GREAT! GREAT!   The greatest fans are Gerry's fans!!!

VIDEO - Gerry Moss and The Drive, Live! at Blues City Cafe on Beale Street in Memphis Tennessee, on 7-5-1997.

"The Drive" was a band Gerry performed with in the late '90's. This video is a real blast from the past, July 5, 1997 in Memphis, TN to be exact. This video lasts 1 hour and 26 minutes. It is totally raw. No editing and no mixing. Gerry used to do a whole bunch of gig'n in Memphis back then, both as a solo artist and with a band.

Gerry talks about those days in his interview with Joe Beavers of KSAR 92.3 FM in Thayer, MO on Joe's program, "The Ozark Talent Showcase."   Go to the "Interview" page on this site and click the links for this interesting and revealing two part interview.

Hope you enjoy the video, and the interview. They bring back memories.

Gerry Moss mentored Sydney.  He produced, recorded and engineered the track submitted to the Texas Music Project (LINK below) that won the contest.  Gerry accompanies Sydney on acoustic guitar in this video.  Sydney performs a tune titled, "Melt My Heart To Stone," by Adele.  This is not the final version of the video.   Sydney was 14 years old when she won this 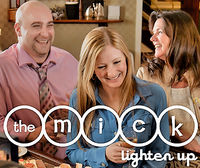 An evening with Gerry Moss 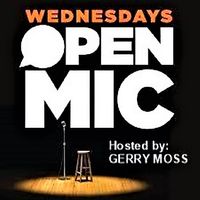 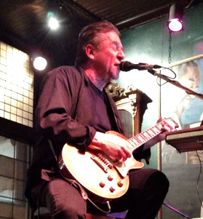 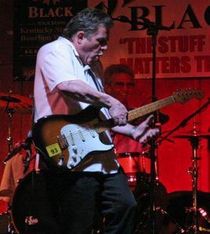 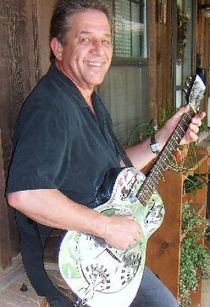 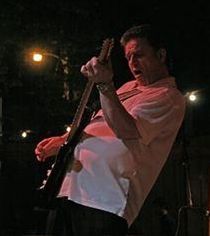 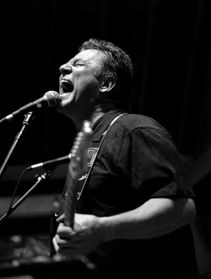 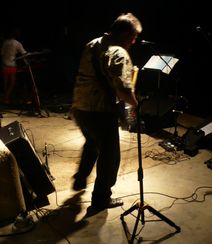 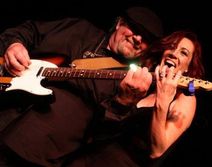 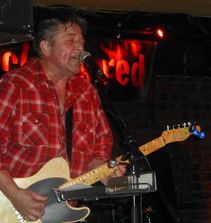 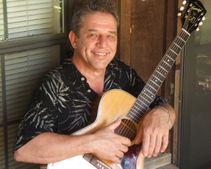 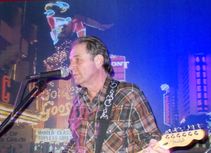 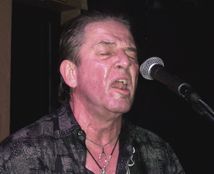 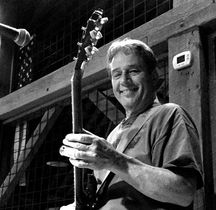 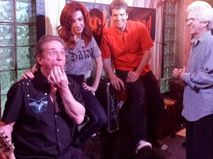 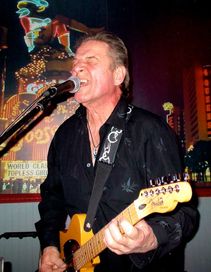 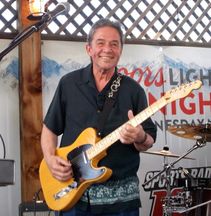 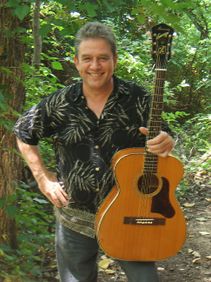 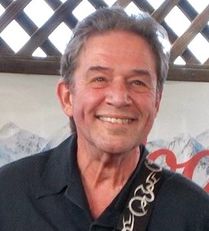 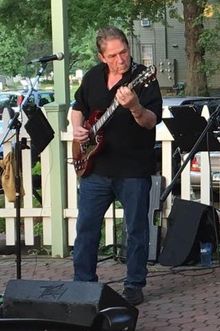 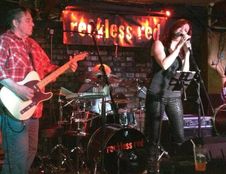 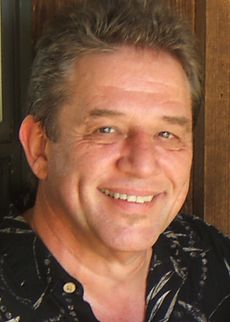 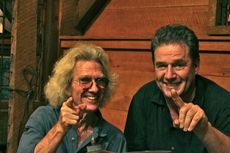 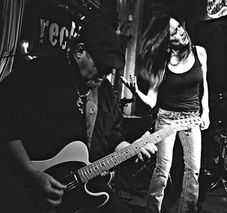 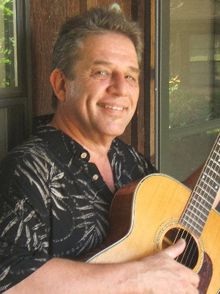 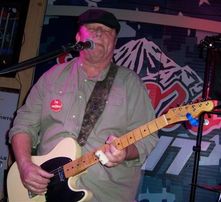